Gary Patton: All this advice for Bernie Sanders is way off base

Bernie Sanders has been getting a lot of advice, lately. Advice like, "why don't you admit you lost; sit down; get out of here; shut up."

Stephen Kessler, a regular contributor to the Santa Cruz Sentinel, pretty much says all that in his "Open letter to Bernie Sanders" published last Saturday, accusing Sanders of being "deluded" and "caught in the bubble of (his) fans' adulation." Kessler paints Sanders as an "intransigent nag and a sore loser."

As an alternate delegate pledged to Bernie Sanders, who plans to be at the Democratic Convention in Philadelphia, I would like to offer a different view.

"Hard" delegate votes are the votes of delegates who are obligated to vote for a candidate. Neither Senator Sanders nor…

This presidential primary has been particularly difficult for Democrats because never before have the candidates represented so starkly two seemingly polar visions of political life and practice. Bernie Sanders represents (not resembles) Moses, the Old Testament prophet who delivered his people from slavery and gave them God's commandments. Hillary Clinton is Machiavelli, or to be precise, "The Prince" in the Florentine thinker's work by the same name, the leader who wields skill and power to govern - the leader whose prudence is in knowing "how to distinguish the character of troubles, and in choosing the lesser evil." Moses is the law giver; Machiavelli is a law maker.

The Moses in politics offers a vision of salvation, a p…

Leave a comment
Continue reading
The Power of Altruism

Western society is built on the assumption that people are fundamentally selfish. Machiavelli and Hobbes gave us influential philosophies built on human selfishness. Sigmund Freud gave us a psychology of selfishness. Children, he wrote, "are completely egoistic; they feel their needs intensely and strive ruthlessly to satisfy them."

Classical economics adopts a model that says people are primarily driven by material self-interest. Political science assumes that people are driven to maximize their power.

But this worldview is clearly wrong. In real life, the push of selfishness is matched by the pull of empathy and altruism. This is not Hallmark card sentimentalism but scientific fact: As babies our neural connections are built …

In their remarks to the nation following the Orlando massacre, Hillary Clinton and Donald Trump made their differences- and disturbing similarities- crystal clear.

Trump attacked1 Hillary Clinton for refusing to label the violence carried out by a mentally-disturbed American-born gunmen of Muslim background as a manifestation of "radical Islam." He reiterated his call to ban Muslims from entering the United States and to subject American Muslims to special surveillance and restrictions.

To her credit, Hillary Clinton2 rejected such bigotry. However, she called for returning to the "spirit of 9/12," ignoring how that reaction to 9/11 resulted in a major crackdown on civil liberties and preparation for war. She stated: 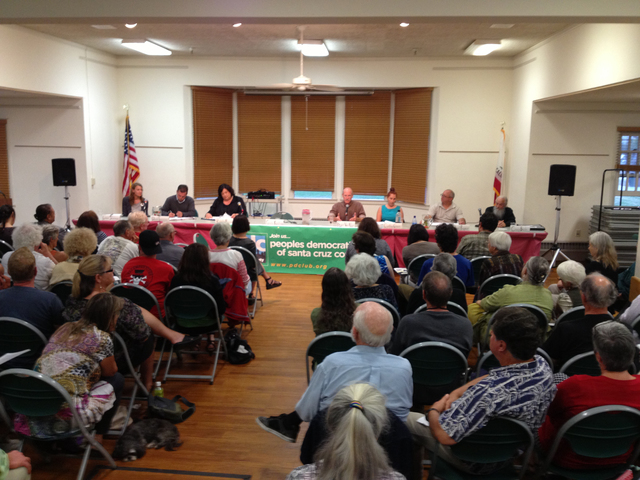 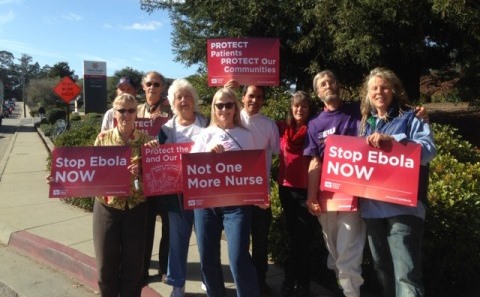 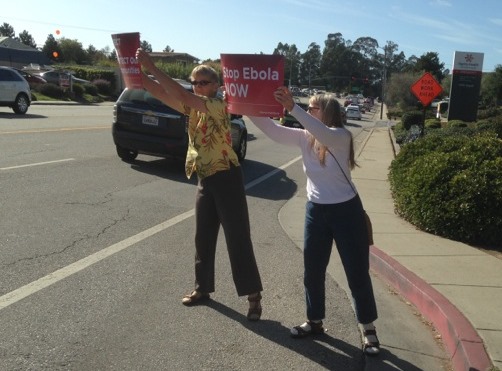 New slate of PDC Officers were voted in with one no vote:

Presentation of Proposals for PDC action 2016-17

1.   Committee on State Ballot Measures: Nancy Abbey discussed the continuing work of  this committee to track State measures which will be on the 2016 ballot, report recommendations to PDC on those measures mostly worthy of PDC support, schedule tabling to educate voters on these measures.

2.   Affordable Housing Task Force:  Gail Jack outlined the continued participation of herself and Nancy on the…

Task:  Enlist 15  organizations involved in Progressive activities to donate $10 - $15 monthly to the Community Activist Calendar to pay for production and maintenance.

Goal:   A decisive majority of progressive community groups will use the calendar - thus encouraging all involved organizations to do so.

Goal:  To have maximum impact on the initiatives reaching the 2016 ballot.

Description of Project:  a PDC committee would be formed to:  1. start tracking initiatives that have been approved for signature collection, 2. make recommendations to the membership about which of initiatives we should focus on, and 3. collect  signatures for and educate voters about those supported by the PDC membership, and educate re those we oppose.

Rationale/Impact:  There are 17 qualified ballot measures at this point and the legislature may add more before the final deadline.

Goal of project:  To design and implement a Rent Stabilization Program for the tenants in the City of Santa Cruz.

How would this PDC partnership be accomplished?

The PDC will establish a working group to include, but not be limited to, PDC members, to formulate a rent stabilization program.  Recruitment will reach out to other tenants' advocates to join the working group.

What Impact could be expected?
Some form of rent stabilization agreed on by diverse members of the Santa Cruz community and implemented by the City Council would establish a limit on the escalation of some rents.  It would help to alleviate the lack of affordable rental housing available to low and middle income families, affording more opportunities to current residents to continue to live in …

Goal of project:  Affordable Housing Now! (AHN!)  advocates for solutions to the housing crisis in Santa Cruz County by attending City Council and Board of Supervisors meetings in support of new affordable housing developments, new zoning configurations, and changing city and county regulations to help support the availability of affordable housing for very-low,  low, and middle-income residents of the County.

How would this PDC partnership be accomplished?

The PDC will continue to be represented on the AHN! Task Force by Gail and Nancy.

This is a growing collaborative effort:

Per a tentative arrangement made last year, I'm planning a dinner with five friends.  As our dinner  approaches, we have an interesting dilemma.

I'm hoping for a peaceful meal together but also heard a suggestion that we dine separately to avoid conflict over dietary preferences.  This second alternative seemed unsatisfactory in that we often are able to help support each other when we dine together.  Also…
1 comment
Continue reading
Back
Use rich text editor Multiple item entry (Return separates items)
Recent Articles
Categories
Archives