We support many of the projects and programs in the tax measure. But we can't agree to burden county residents with a 30­year, $100 million debt for a discredited strategy of widening Highway 1 for auxiliary lanes. Widening Highway 1 won't work to reduce congestion1, according to the Draft Environmental Impact Report published by Caltrans last year. A wider highway will result in more cars on the highway2. That means more cars on our roadways?and more emissions. The Caltrans report predicts continued "breakdown" of traffic flow on Highway 1 following expansion.3 This prediction is consistent with study after study that shows congestion relief following highway expansion is short­lived at best.4

Over the course of several months, CFST att…

Santa Cruz County voters will decide in November on a half-cent sales tax that would fund local transportation improvements. Recent approval by the Santa Cruz County Board of Supervisors was the last step in a two-year process to place the measure on the ballot, the measure having been previously approved by the city councils of Santa Cruz, Watsonville and Capitola. If approved by two-thirds of voters, the half-cent sales tax would be effective in 2017 and expire in 30 years. However, it would increase sales taxes by only a quarter-cent over current levels because a previously approved quarter cent sales tax expires in December.

The TRIP looks at the critical elements of our transportation system and seeks to make major progress in all areas. The plan works to repair our local roads and improve safety for students by making its largest investment in our local road system.  Loss of the gas tax revenue has blown a multi-million dollar hole in our loc…

Why should voters agree to pay $100 million for something that even Caltrans own EIR study clearly says will not solve the problem it is intended to fix?

A wider highway means more cars on the highway, more carbon emissions, and the destruction of miles of trees and wetlands with no traffic congestion relief.

Widening the highway is the County's top priority. Construction of new auxil…

Nancy Abbey called meeting to order at 6:38 PM.   Members wandered in and signed to receive their ballots re: Measure D. 38 people in attendance.

Report from the Front Lines from Shawn Orgel-Olson ~ heartfelt reprise of the Bernie movement and his experience at the Democratic Convention - lots of bullying and dismissive behavior according to him from those in charge.  Also the expenses were prohibitive,but he does not regret the experience.  It was just difficult at times.

Thoughtful and difficult exchange about language and the i… 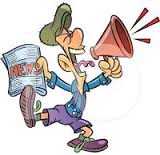 On August 29, with 55 members voting, each of the four candidates reached the 60% required for endorsement.

College professor Sandy Brown, 43, has announced her plans to move from union and political campaign organizing to seeking her own seat on the Santa Cruz City Council in November. "I think it's time for candidates who want to be more active in government, who also understand how local politics and policy works, to step up. I decided it was time," said Brown, 43. "I've been asked to run many times over the past 20 years and have said no every time. I just decided that it's time."

Brown, an assistant professor whose courses have ranged from American politics to urban food policy at her previous University of San Francisco and current University of the Pacific, has lived in Santa Cruz since first attending UC Sa…

Drew Glover, founder and executive director of environmental sustainability nonprofit Project Pollinate, will throw his hat into the ring for one of four Santa Cruz City Council seats in the Nov. 8 election.

Glover, 30, said the council and city government power structure's makeup do not fully represent the community's makeup, a point that spurred him to run. He cited in particular recent decisions made contrary to popular public opinion on the Police Department obtaining a BearCat vehicle, leasing the Beach Flats Community Garden and other issues.

"I think that it is time for change in local city government that represents the people and not special interest groups," Glover said.

Glover said as a co…

Krohn, 58, is the only candidate besides incumbent Cynthia Mathews with a past political record, having served on the council from 1998 to 2002, with one year as mayor. He first pulled his candidacy paperwork on Aug. 9, after none of the approximately 10 people he encouraged to run stepped forward and Councilman Micah Posner's announced plans not to run for a second term, Krohn said.

Krohn said it was "is a huge decision" to run while holding down a full-time job and being a parent to his two daughters. However, Krohn said he wanted voters to be able to vote f…

The 38-year-old Westside resident, who founded in 2010 and continues to run the Santa Cruz Fruit Tree Project, said he strongly considered running for a council seat two years ago, but ended up backing off and supporting candidate Leonie Sherman's campaign instead. Schnaar also served as treasurer on Councilman Micah Posner's 2012 council campaign.

This year, Schnaar said he is taking steps to seek his own council seat, after regularly seeing the public's will go unheeded in recent years.

"I've been dedicated to serving and improving our community for years, and I'm in…